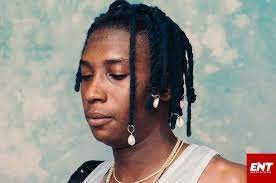 Bella Shmurda High Tension 2.0:  Put some Respect on his Name

It is one thing to become an instant hit artist as a result of a hit song. it is another thing to remain relevant in the music industry. Akinbiyi Abiola Ahmed who goes by the stage name Bella Shmurda broke into the Nigerian music scene in the midst of the COVID-19 lockdown. Sharing the same year of breakthrough with 2020 serial hit maker Omah Lay, it meant that he did not receive the kind of reception he is supposed to have. Fast forward to 2021 and the songs he has released so far are songs that Nigeria and the world at large can be proud of.

One notable element of Bella is his lyrical content. In an era where the musical scene is saturated by musician who sing only for women and about women, Bella becomes one of the socially conscious music makers. He makes songs that are about the society and he keeps it melodious. Many a time, the champions of Nigerian Afrobeats and Afropop sounds have been people who make more love songs than socially conscious songs; it made love song the major message of contemporary Afrobeats. And that is wrong because the founder of Afrobeats was more of a socially conscious musician than a love music maker.

Bella Shmurda in this generation, is a musician who is doing things differently and some legit respect has to be accorded to his name. His lyrical arrangement is good; his voice is captivating on first listen and his message is totally relatable. Omah Lay might be a hit maker, Rema and Rugar may be the musician who would sing only about asses and bumbum; but Bella is that musician who will give you sanity in lyrics and melody in his Jam. Put some respect on his name.

The production of beats of the album hangs around three major beat styles. There is the presence of Afrobeats, ponpon, Afrojuju/fuji and Afro Caribbean sounds pattern. What Bella and his team of producers did was to create a set of contemporary beats which will appeal to people. So while the core of the beats are the above named genre of sounds, there are elements of trap music and makosa tunes in the songs.

In a song like “Lako” which is produced by Fancy beats, he mixes elements of rock, Caribbean dance hall and ponpon beats to create and electrifying song. But in his hit song produced by Larry Lanes titled Rush, they mixed Afrobeats, trap hats and Afrojuju/fuji talking drums to give it that unique sound.

The first song on the album titled “Out there” produced by Fancy beats, they created a contemporary Afrobeat sound with a blend of some trap beat element. This gives it a groove even though it is passing some really socially conscious message.

In terms of pure Afrobeats sound on the album, we will have to talk about “World”. The purity in message, the percussion and the general mastering of the song is up there with the best Afrobeats songs made since modern day Nigerian Afrobeats became a thing. Bella writes a song that talks of the societal ill and how it apply to himself. This is backed up by a superb beat patterns created by SB DA PRODUCER. SB checked all the boxes in terms of what a producer has to do to produce an Afrobeats sound. There is the shekere, the horns and the presence of easy flow but groovy drum pattern.

In summary the EP has at least 4 songs that could become hit song especially if one has time to listen to the body of work. Bella Deserves some respect because he is talented and he does not just make music for women but for the general society.