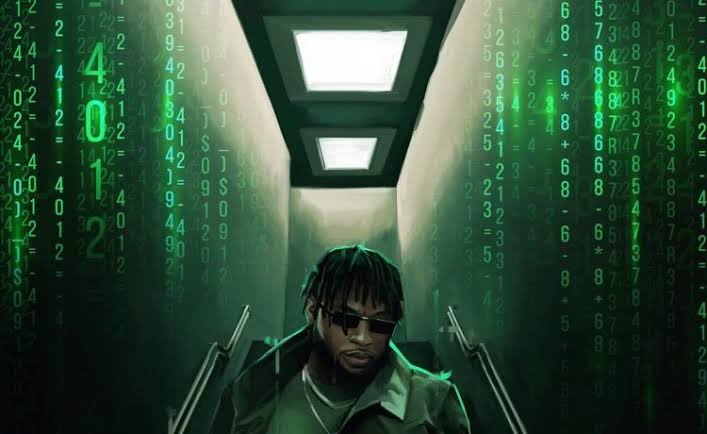 Dremo a signee of DMW records released a sequel of his extended play album and it was pretty okay. The volume one of this album had some very real positives because the lyrical content and because it was his first. In an album of eight tracks, he created songs based on his life hustle, his fans, balling and love. Dremo had a song for everybody who could possibly listen to that album. In Codename Vol.2, Dremo created songs that talks about same things with a slight difference. There is no doubt that the flows and Beats of this production was way better than Codename Vol.1; however it is clear Dremo was looking for street popularity when he was working on this record.

One would have thought Dremo would have taken his rap game to the level of storytelling. But the only thing he got better at, is his flows and punchlines. This album will always become a hit because of the influence of the record label he is signed to. But the truth is that none of his songs in Codename vol.1 was a classic and he did not work hard to create a better album in this volume two.

This album is themed on Hustle, balling, love and an outburst on haters. Mixing both rap and singing, Dremo used his versatility in creating songs that can get cars and clubs buzzing for a while. “Stfu” (Shot the f**k up) which is the first song on this album and the song with the best flows and rhymes. It is his best song in the album because of the content. It is an outburst on haters and critics who go around peddling lies, envy news and comparison. Lashing out at people who are trying to compare him to the best MCs in Africa, Dremo tells them to keep his name out of their mouth. He declares YBNL boss Olamide as the leader among MCs just like a striker to the defense line. In a gentleman plea to Critics, he tells them that he is not about the accolades of best Rapper but all about the money. “Collect” is another song that he uses to lash out at haters and critics. Hitting out at people who are trying to compete with him declaring that they must be hit back at with a greater intensity. “Who’s your Guy” is another song that Dremo uses to lash out at people who try to familiarize just because of favours. In two short verses, he talks about getting into trouble and insulted because of a friend’s friend who he never knew.

Dremo made some love songs in this album and “Ghetto Luv” which features Peruzzi tops the others. The song that tells an autobiographic story of Dremo’s love relationship with a Ghetto, Muslim, mainland Lagos girl. He discussed how she reacted to the life of dating a pop star. Dremo and his boss Davido like in the first volume made a love song together. They made the song for a fictional female character called Mabel in a song titled “Mabel”. “Sweet pain” is a song that appreciates the body of a lady in erotic lyrics. Working with Flowolf, they sing about a fictional lady who has a killing body.

In summary the song lacks real form of maturity and storytelling. Dremo has good flows but the songs sound more like freestyles rather than a well-crafted hand written set of lyrics for a rap album. The punch lines are identifiable but does not really have an impact on a listener because most of them are nonsense.

Just like in Volume one, Dremo did not go stingy in the involvement of producers to work with him. My personal best of this album is “Pray” and the production is relatively epic because of the way the sound starts with patterns void of kicks. Also the way he fuses his Rhyme and the Lord’s Prayer is really creative. The transition is also elevating especially when you are listening to it from a good sound system. There is what is called sound and lyrics synchronization and this song has it. Another song which gets me is that of “Stfu” is a song that has the best flows and use of the 808 base kicks. This can get anybody bumping from one side to another. If all the songs in this album was made like “Stfu” with a little lyrical maturity then this album would have had good international potential.

Using the Nigerian music lovers circle to judge this album will leave songs like “Konjinaba” which features Naira Marley becoming a street hit. “Ghetto Luv” and “Mabel” will also become hits songs because of Peruzzi and Davido. “Stfu” could have good international influence if well promoted. These above songs will be played for maybe a month or two then fade into thin air. This is because people never return to rap songs that have no real legacy lyrically. The sales online might be high but Dremo should look at making more mature songs lyrically. He is a good Rapper and could make better songs.