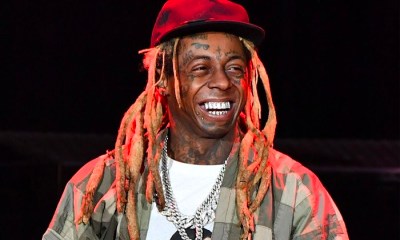 Lil Wayne is no doubt a living legend. He changed the Rap landscape with his slimmy mumble rap style when he broke into the scene. Although many ill new Rappers have made a mess of his style, he has found a way to keep his vocal crystal. Funeral Album is another addition to his already classic collection of album. He created an album that was better than Carter V by a mile. From the Rhyms to the story and the production; everything was just better. It was really disappointing when he released his last album because I knew it was not going live up to the hype. Funeral Album is an album that has made up for the weakness of his last album. There are at least seven songs out of the twenty songs that can gain a replay on anybody’s list.

As the name conotes, Funeral talks about Life and death. It talks about how people react and treat you when you are dead-while giving a clear description on how people live their life: from hustling, heartbreak, love and the effect of the type of lives we choose.The song titled “Funeral” talks about what it means to be dead and buried. Explaining a funeral scene with his bars, Lil Wayne talks about how people react to the dead. He talks about the weeping by people who knows you. Stating that people really don’t know how many persons that know them until they are dead. He talks about the sermons from the priest. Adding that life is like a movie in a theater, he also declared that some peoples life are already free on cable TV. “I don’t sleep” which is one the most grovvy song in the album talks about drugs and women. He talks about getting high on drugs and women. Claiming that he does not sleep as a result of drugs, he declares that he does not mind becaue it making him win.

Featuring Big Sean and Lil Baby in “I Do it”, Lil Wayne talks about taking actions. Many people in life talk and talk without taking real action. Wayne declares that he does not believe in talking but by talking actions and never giving excuses. “Dreams” talks about thinking about the kind of life he wanted. Blending his rap with a captiviting beat, Wayne talks about making money and making his American dream happen. “Harden” is a song that talks about a failed relationship. Making a song to his lover, he states that he pushed his ex-lover to the wall. He claims that he became too hardened that he shot her out of his life by telling her either she loves him or leave him.

In a song that will gain alot of airplay in strip clubs in a song titled “Clap for em”. Lil Wayne talks about ladies shaking their backside like hands clapping. Using some very x-rated lyrics, Lil Wayne talks about wild sex and dancing. “Not me” talks about betrayal. Wayne makes a song that tells a story of him when he knew there was a hitter coming after him. He asked his friend and crew a question: he asked them that “who is going to pop me?”. Featuring Adam Levine in “trust Nobody”, he sings about his lack of trust for anybody. In a solem song to God, he prays that if he wakes up dead; then God should accept his soul.

I really delighted with Lil Wayne for going back to his 808 snares and kicks. Carter V had him use alot of the trap hi-hats and it made him sound like Rappers of today. The production of Carter V was one of the biggest problem of that album. But for Funeral Album, Wayne went back to his original production style. He kept his sound original and true to his traditional sound. One song that has a good production is “Piano trap”. Joining it in that list is “Funeral”, “clap for em” and trap beat song “I don’t sleep”. The production of “Dreams” was however the best there is. From the sequencing and arrangement of the patterns, one could hear nothing but super creativity. “Dreams” is just a total package of good beat and good flow.

All the songs analysied above all have the potential to become hit songs. “Clap for em” can become a street hit in few days. It has the energy and good beat. “Trust Nobody” can become an ever green classic over time. “I don’t sleep” can become a nice high school hit in no time because it can be vibed to by anybody.

This is an album that has a lot of potential. If an album has more than seven songs that could become hit then it is a very good album and can become great.