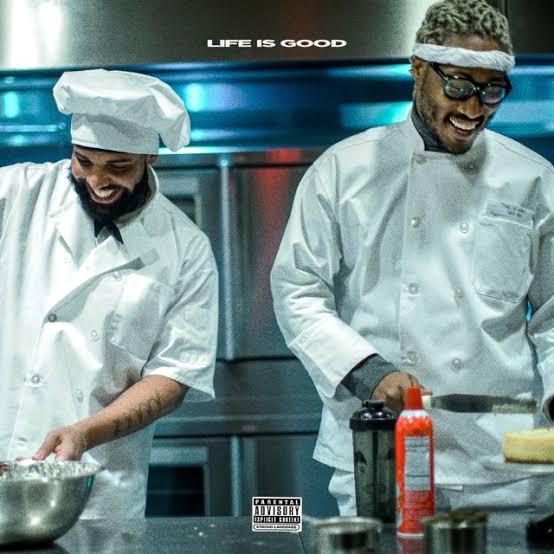 By Valentine ChiamakaJanuary 23, 2020No Comments

Future Life is good: Just like Sicko mode
Drake is a wonderful influencer of music. He has shown time and time again that he can steal the shine off the person that owns a song if he is featured. The latest victim of this theft is mumble Rap artist: Future. When I heard the song, I was stolen by Drake’s flow and before I could finish enjoying the thirty-two bars, Future came with a different beat and mumble rap crap. Just like Travis Scott’s Sicko Mode that was released by Epic records; Future Life is good steals a page from Sicko Mode book.

Personally I have my reservations about the etreme sound switch in songs like this. The reason for this reservation is the effect it has on the mood of the person listening to it. For example the beats of the song was just switch from a relatively T.I and Young Jezzy’s type of trap beats to Migo’s type of trap. It totally killed the energy hence making a listener to lose vibe. Although Drake did a good job on his verse, Future’s idea to go the way Travis went was a total miss. Even as i waited to be wowed by the content of the lyrics, I got to find out that it was same old talk about making it out of the street.

There is a high possiblity of this song dying off after few couple of weeks. But the naked truth about stardom is that: when you are blown, you are blown. Hence, this song can become a major Hit just like Sicko mode because of the class of MCs in it. But the truth is that this song has no real sause in it.

The was made to have two seperate messages. Drake opens up the song about how he has always disappointed haters by always waking up and being successful. He also talks about a lady he has been with who has a big ego and has been giving him a tough time handling. Explaining that he has always been through at deep end all his life; he claims that life has been good.

In a switched vocal style, Future talks about his life and stuffs he had to do to make a living. From cocain peddling to music production and some other stuff he has done to make it. He exclaims that life has been cool and ultimately good.

Trap Hi-hats and a kick that sounds like an 808 kick makes Future’s verses sound very Migos. While Drakes intro that is dominated by sound close to a celestia pad keys, makes it sound so church like. There is nothing realy unique with this beat. Unlike Sicko Mode, there is zero cenimatic vibes in this beat. Although Drake’s wanted to bring that kind of sause into the song, Future’s verse was totally lacking it.

Seeing Future and Drake on a Waste Mangement personnel uniform was just nice. Using a concept that people can relate to is always a win in making music videos. Dope one from Future.