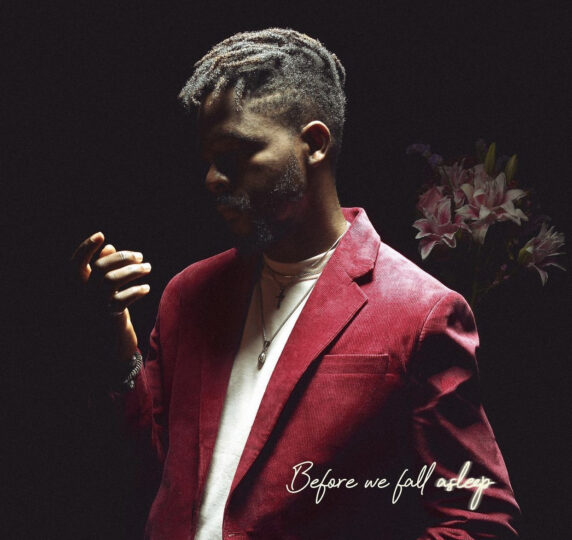 By Valentine ChiamakaSeptember 26, 2021 No Comments

Johnny Drille before We all fall Asleep Album Review

Before you blow abroad, you have to be a local champion first. That the basic rule any creative person has to take seriously. And Johnny have always had to take this serious especially as his sound is more of a foreign sound than Nigerian. He has evolved in music and has always found ways to blend his sound but keeping his core and originality. Unlike Adekunle Gold who dropped folk music altogether and jumping into the Afropop mix, Johnny have found a way to tweak his beats but not his lyrical arrangement, wordings and style. In this album he perfectly blends his vocals and lyrical composition styles to some Afropop sounds but still finds a ways to keep the Drille signature in them.

Drille is skilled musician with skills cutting across keyboards and guitar and he put some of that into the album. The album is versatile with elements of country, Trap, Afropop, rock and folk music in a blended mix. As the name of the album connotes, what he does with the production is to create a body of work that people can listen to before they fall asleep.

One of the standout production of the album is “Lies to whom it concern”. This is because it is a total shift from the normal lyrical theme of the album which is love but also the blend of Slayer guitars in the beat. The song which is produced to have a blend of metallic rock beat and the issues of Nigeria is a real rock music which is another of Johnny’s natural habitat. That piece of music would have been a turn off for anybody but the way be blends the songs is really dope.

The lyrical theme is cut across many topic but with love as the major topic. In one of the pure folk sound in the album, Johnny sings about needing and wanting only one girl. The song which is titled “Loving is Harder” talks about having a girl who drives him love crazy. A really dope jam when one is with a lady before they fall asleep.

“Sell my Soul” is a metaphoric song which could mean a lot of things to different people. From one perspective, it may sound like Johnny telling the world that he does not want to sell his soul to excessive sweet things of life. In another opinion it may be taken literally in terms not selling his soul to a bloody seductive lady. However with whatever you take as the real meaning, he ends the songs with some respect to Christ as who he gives his life.

Working with Legendary Nigerian boy band: Sytl-Plus, they created an Afropop song that could become a hit in the place of “Odo”. The word “odo” is a Ghanaian word used in referring to a beautiful lady. And they use this to tell a love interest that they could die for her love until they have her as theirs. Furthermore, he teams with fellow Mavin Records mate, Ayra- in a song titled “in the Light”. The song is to tell a love interest to be real and original in all that do so that their partner can figure out if its true love or fake.

Finally in another possible Hit song, Johnny makes a ponpon Afrobeat song which he calls “Ludo”. This song talks about a guy who was tired of being played with by a love interest of his. According to him, he was going to quit this love interest because she was playing with has like a ludo game.

In summary, this album has Johnny evolving, whether he is going to fully metamorphous into an Afropop Butterfly is only know to the future and time.