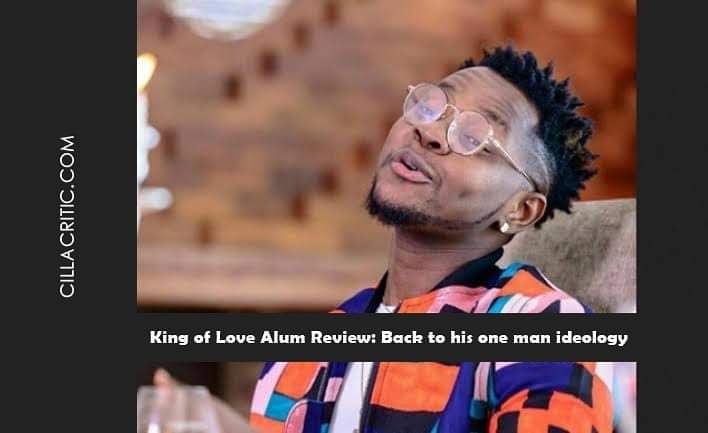 Kizz Daniel King of Love Album Review: Back To His One Man Ideology

Kizz Daniel has always been a good a music maker. I criticized him negatively on his approach to his “No bad songs Album”. His excessive use of featured artist was a total deviation from his style of being a one man artist. That decision made him share the shine and spoils of that album which indirectly affected his craft. In this album which he titles “King of Love”, Kizz Daniel the Vado himself goes back to the ideology that made him a star in the first place.

Although the songs in this album are not as interesting as the songs in “No bad songs”, he still creates and album that is mouth watering. There are no bad songs on this album and there are songs which can definitely turn up any club. His work with Krizbeats the drummer boy, DJ Coupblood, TY-mix, Swapsbeats, Cele-bobo(Mix monster) and Young John must be applauded. Kizz Daniel will take all the shine from this album and that is good for his international musical relevance.

The album is themed generally on love relationship with women. He sings about different love scenarios that people can relate to. For example in the song titled “Pak ‘n’ go” he sings about the partners who can not be satisfied. He admonishes people to leave partners who are never contended with what they are given.

In another song, he paints a picture of a couple going out on a date. He titles the song “We wan Comot”. Singing about the outfit and body figure of his lady, he sings about how he gushes about the beauty of his lady when ever they go out. “Boys are bad” is a song which he uses talk of his jealousy towards his lady. In his words he claims boys are bad hence he is always being careful around her not to push her away.

“Need Somebody” is a song which he sings about needing somebody who is originally in love with him. Stating that he needs somebody that will love him irrespective of money, he appreciates the lady who is dating as the perfect lady for him. In a club buzzing song titled “Chek” he sings about his lady dancing in a wild way. Professing his love for his lady, he tells his lady to dance because she is secured with him.

“Fvck you” is a song that he uses to lament about his girlfriend who goes around cheating on him. Declaring that he should be arrested before he kills someone, he lists the different men his lady has slept with.

“Yapa” is a song which he sings about his excellence in the making of music. He sings about releasing songs that shuts down dancehalls whenever he releases his songs. In a switch in sound from Afrobeats/Afropop to soul; he sings about being tempted to steal just to provide for his lady. He claims that he knows that if he does not provide for his lady, that she will be taken by another man. In summary, Kizz dishes out a very nice album which can go viral when promoted.

There are no flop songs on this album but some songs are better hits. The song which he works with Young John titled “Fvck you” is potential hit songs. “Tempted to steal” can also become a hit because of the switch in sound. “Chek” and “Yapa” are song that can also pull down a dance floor because of the dance beat created by Cele-bobo and Krizbeats the Drummer boy.