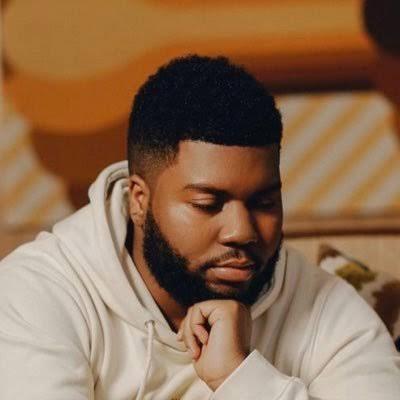 Know Your worth Remix Review: A councel for the undervalued

By Valentine ChiamakaApril 27, 2020No Comments

Any person having issues of doubts about how his or her partner is feeling about them needs this song. Khalid with the help of Davido and Tems created a therapeutic song for ladies and guys who have been in wrong relationships. Know Your worth Remix should be played every day by people who feel disrespected and maltreated by their lovers. And maybe while listening, they can take a bold step and dump that unproductive relationship. Everybody needs to know their worth and never accept any form of maltreatment in a romantic relationship.

Have you ever been in a relationship that you are not pretty sure if your partner is into you like you are into them? Khalid with the help of Davido and Tems used this song to admonish people in such relationship to know their worth. In the opening verse, Khlaid paints a picture of a concerned guy canceling a girl in a toxic relationship. Khalid tries to give her reasons to dump the bad relationship and move on. Stating that her man has always had the bad habits of leaving her for days without a call or any form of communication; he marvels at why she has not backed out of the relationship. He tells her that there are better humans out there who will cherish and value her.

The second verse which features Davido and Tems continues the counceling session. Davido reminds the lady that it has been three years and counting. And here she is still trying to figure out if her man was still in love with her. He acknowledges that she has a man, but he asks her if she is happy with him and if he treats her well. Tems takes over the session as she tries to drill into the lady’s mind that: she need a real relationship, love and touch. She also acknowledges that she have been trying to make things work between her and her man. But reminds her that what she has to do now, is move on and find a real love up relationship.

The last verse has Khalid round up the counceling session. He tells her to remember all she has have been told. Telling her that he will be there for her when she is feeling down, he tells her that she will definitely get strong. He also guarantees her that when she feels lost, that she will always be found. Using the chorus to stir up her self-confidence, he tell her to keep her head up. In his words, he claims that she does not know her worth because if she knew, she would be out there looking for who deserves her. Because she has so many admirable qualities that people will love.

Khalid and his production team of producers created a good Afrobeats sound. But lacked one particular element synonymous with the sound. There was no element of trumpets or any other horn instruments. Although the sound sounds and feels complete, it would have been a total package if there was a kind of horn instrument in the song. The signature shekere provides a good African base but the vocals was too refined for Afrobeats sound. Khalid is one American pop star who made his name by sticking to his soul music sound. He understands soul music and his vocal cords are meant for them but not Afrobeats. Afrobeats is a genre of music that the singer has to open his voice and allow air to flow through when singing. Khalid on the other hand closes his lips almost all the times he sings, controlling the flow of air. This action made the lyrics sound too slow when compared to other afrobeats songs.

Nevertheless, this is a good collaboration which could become an intentional hit because of the personalities featured. Davido is a household name and can make any song hit top of the charts in Nigeria and Africa. Tems although not very popularly known around Nigeria could also make the song popular. The idea to group Tems and Davido in one verse of sixteen bars, of eight bars each is a nice one. This made the song sound more Khalid than Davido or Tems. A good piece of Afrobeats production coming from Khalid and is applauded.