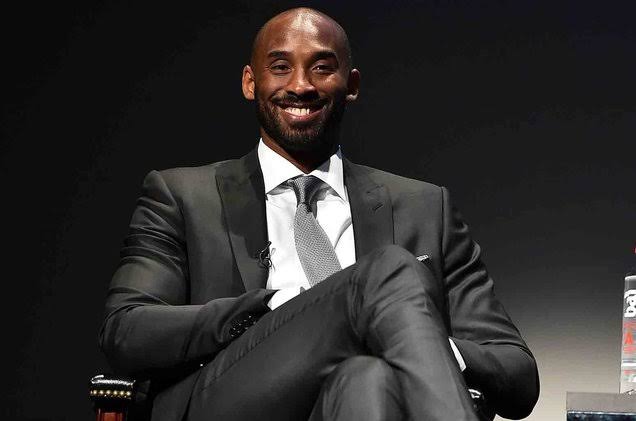 Throughout history, there has always been a pattern in life for two major groups. And if you are wondering what the two major group are: they are the Legends and No-bodies. With an exception of Odysseus, the famous Greek King warlord from ithaca; one could argue that all Legends are annouced at death. From Achilles to Jesus Christ to Micheal and now to Kobe Bryant; all have become global legends as a result of some very tragic deaths.

It was in the early hours of Sunday 26th January 2020 when Kobe wrote his name in the book of Legends. He did this by taking the final step through death. For the past few days; men, women, teenagers and children have all been paying their respects to this great Basketballer, Businessman, philanthropist, Family man and influencers. Kobe no doubt affected the lives of many and at such many people are still dealing with the shock. Its a popular saying that: “people only know how valuable you are when you are gone”. That has become the issue of Kobe since he died in the helicopter crash that took him and eight other persons on board.

Just as people play back the images of this great athlete and his daughter who was also part of the fight; People should understand that Kobe had to go this way to cement his Legendary status. He was a king in the court and just like Achilles, he has made him self a god. Painful exit for a young man with a wife and family; but what this tragic event has created is just like what was fortold of the Achilles.
While preparing for the great battle of Troy. Achilles was told that if he stays home, he we die in an old age but will die as a nobody. But if he goes for battle, he was going to enter a legendary status and be spoken of by the world from generations to generation. One might want to ask: “how does this relate to Kobe?”. Now if Kobe had lived long to his late 90s and died, he would have just been another great Basketball player who made to the hall of fame like Micheal Jordan. However with the sudden death of Kobe, he had made him self to become the most talked out person in the world and perhaps for generations to come.

Futhermore, one does not attain a legendary status by jusy dying. People become legendary when the impact they made in the world is directly proportional to the way they leave the world. Achilles was a great war Lord who took the beach of Troy with only his Army; Jesus healed many and showcased power as a living man; Micheal Jackson recreated entertainment and the pop culture with his music. And now Kobe Bryant; who was a father, husband, uncle and friend of many built his legendary CV by: entertaining basketball fan all around the world; helping up coming players to achieve their dreams; giving as much as he could to the needy and his community and putting smile on the faces of many.

Finally, every Legend has his negatives. Apart from Jesus Christ who is the Messiah of the world, anyone can pick out any Legend and his flaws. Achilles was an arrogant warrior who loved women; Micheal was a man addicted to his craft and perhaps Kobe may have some flaws. These possible flaw(s) are what underlines the fact that Legends are not born but are made through consistent good work that is often crowned with a tragic death. Rest in Peace Kobe!