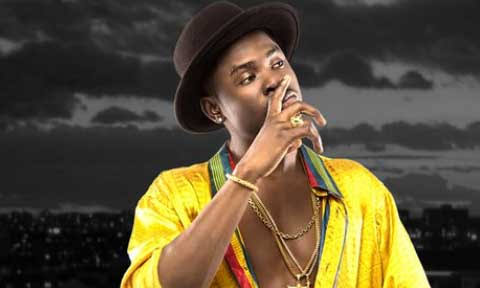 Keshinro Ololade who is better known by his stage name Lil Kesh is one Nigerians ace Rappers. Although he gets almost zero credit for what he does with his talent, I must say he has been a true follower and flag bearer of Nigerian Rap Music. From his first single which he dropped with YBNL records, Keshy as he is also called has stayed true to his punchlines and bars. Lil Kesh Kowope which is his latest song underlines the fact that even with most Rappers watering down, Kesh still has his eyes on the rap game.

Many people throw verbal stones at his music claiming he does not do real rap but they forget that Nigerian Rap music does not have to be like American Rap. Kesh who mixes Fuji and Traditional Nigerian primary school rhyming style to the way his fuses his lyrics in his bars, creates a very different type of Rap to what the world knows. And I must say that with “Kowope” is another song that shows his creativity and diversity in sound.

“Kowope” is a term in Yoruba that means: ‘let the money be complete’. This song is a kind of street prayer made by all hustling people of different ages and gender. Although Kesh like most Rappers always cloth the truth of his songs in some ill street lyrics; he talks some sense. He talks about having enough money that will not make him beg anybody on Earth. He talks about turning up and having enough to spend and throw away on a life of luxry.

In a punchline which he declares that Bean Cake is not Bean Shaft Cake; Kesh explains that having money is good but having enough to spend lavishly is better. He talks about his life being about hustling and making money everyday because money is the main reason for any hustle declaring that “let the money be complete”.

Nigerian pop songs are made with Afrobeats and Afropop basics but this is a change from that. This song mixes acapella and African American Gospel vibes. The beat which is made by Pheelz, taps into the reach spiritual vibes of songs popular among the Africans in America in the 40s to 60s. The percussion sounds like a Congregation clapping while blending with some octave keys. The octave keys are made with trumpets, creating some kind of marching band effect. Although the production seems scanty, it sure sounds like a real complex production.

I am not of big fan Lil Kesh’s videos because they are party inclined. With a song like this one, Lil will have to work with his producers to create something serious that will give him a lot of credibility in the streets and the minds of people. This video will be quite expensive to give to Capital Dreams studios but will be cool if they handle the visualization of this song. Lil Kesh has a good song that has overseas potential but a lot has to go into shooting, editing and subtitling it.