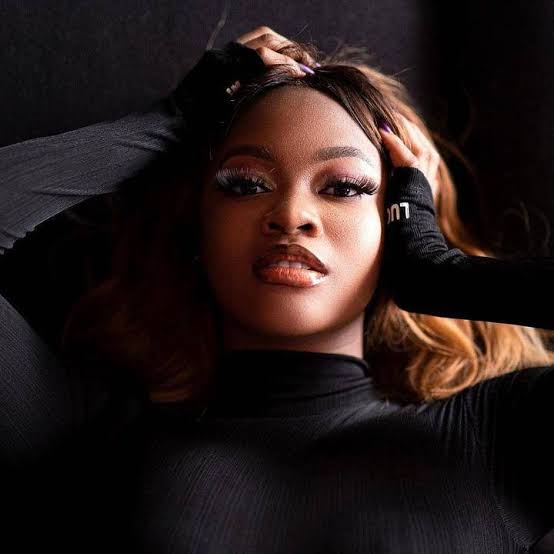 Liya is a name I have never heard of before. I love music and I listen to a lot of musicians especially from Nigeria. Liya is a name that has not blown through my radar. But her new EP titled “Alari” just gave her that privilege.

The seven track EP which she released recently is a spiritual body of work and must be applauded. Listing to the first song titled Alari just took my mind to Niniola and how their sound is almost similar. Almost similar because Liya’s sound and vocals are more soulful. Furthermore, to know that she is registered under the Davido led DMW records is another surprise package for me.

Looking into the uniqueness of Liya, I could say she is a cut beyond boarders. The reason for the is because listening to her I could hear elements of Tiwa in song like “Years Ago”; some element of Simi in “Melo” and “Olodumare”; and finally an energetic delivery of Amapinao/ Afro-house  in Alari  thus giving her the Niniola feel.

Listing to Liya and her Alari EP just gave me an option for a really dope musical fight with Niniola. Niniola is a dope musician no doubt but having a musician who can compete with her with the Amapiano/Afro-house jams and vocal strength is just as important for the music industry as ever. Also looking at the crop of female musicians from this generation, we could say that Liya is going to give a lot of them the fight for their fans. Ayra Star and Tems are going to be a force not just in African music but the world. Liya as a name should most definitely look out for.

This album is a body of work which has songs cutting across spirituality, life struggles and victories, female confidence and living life to the fullest.  Nigerian music is growing to that stage where making shady lyrics will loose value. Hence the direction that Liya is going is a wonderful one.

The first song that caught my ear is the song titled “Years Ago”. The song is a song that Liya uses to declare to the world that she is ready to enjoy her life. Just like Timaya’s “I cant kill myself”, it has that effect on you being appreciative of your efforts. If you have been through a self-appraisal and reflection phase before, then this song is one that will always burst your mind.  She talks about what she has been through and how she felt in those times. According to her, life situations came at her but never broke her because she always did what was best for her. She brags to the world that her energy cannot be killed because she has seen more terrible things in her short lifespan. She finishes off by saying that all she want is live life to the fullest in pure enjoyment and cruise.

In a folk music with rich ballad feel, Liya creates one of my best tracks of the album. My Yoruba is definitely terrible but the spirituality of this song is mad. Liya who is Muslim if we are going by her birth name: Abdulsalam Suliyat Modasola; brought her religious and ethnicity rich values to this song. I definitely don’t know what she said that God did for her but this song could be played in the church and the mosque because the music is divine. The blend of ponpon wood to the interplay of talking drum and Omele is just so African and spiritual that it definitely a morning Jam for everybody.

“Melo” is another song that reminds people to let go of life issues and situations. In a mid tempo contemporary Afrobeats song mixed with partially hindi influenced vocals; she tells people to dance and let their body come alive. According to her, people should not allow situation make them loose their vibe.

In summary, the songs on this EP are not push over songs. They are good jams with pure lyrical content that is worth listening to.