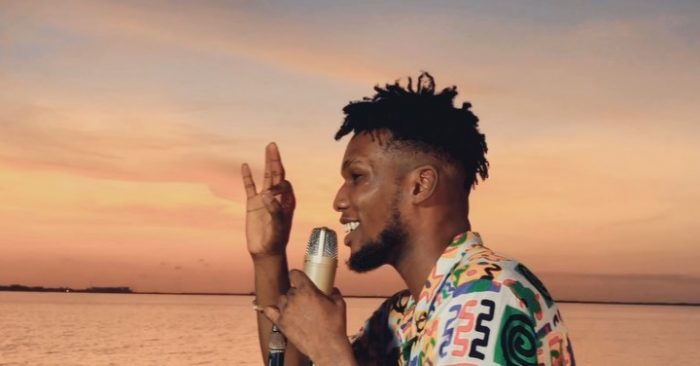 Victor AD Nothing to Prove EP Review: Not bad for a first complied body of work

In recent times, Nigerian music artist have come to understand that recording extended playlists (EP) or Long Playlist (LP) is important in competing in the international market. That was not the case three years ago. Albums were not trendy because the buzz around singles always created the better feel. But with Nigerian musican thriving more on digital streaming platforms, they have come to follow the EP and LP method of releasing music.

Before this new style, Nigerian multi-hit making master Tekno and Victor AD thrived more in making hit singles without albums but that has just changed. Last year had Tekno release an LP while this year has Victor AD releasing an EP which he titles nothing to prove.

For someone who is just jumping into the pool of catalogue music in the form of an EP, it would not be bad if he flopped the arrangement of the tracks or created unrelated songs. That is not the case with Victor. He knows his sound, his message hence when listening to “Nothing to prove” EP, you could glide through the songs without noticing the excessive change in lyrical theme or sound theme.

It is important to note that in a bid to achieve the above qualities that makes an album unique, some musicians tend to become too monotonous creatively as can be heard in most Migos projects. But Victor AD can be tagged a good work. As always he makes songs that are mature eventually coming through in this album.

Victor AD is not a musician who produces bad songs. He may not produce Hit all the time but his songs have nice messages inside. However his work with Phyno is a good song which will last long on many playlist.

The EP is lyrically themed around two major to major topics. These topics include love and lifestyle. Unlike the popular love songs, Victor sings about loyalty in relationship. For example in the song titled: One kiss, he asks his lover if she will be with him if the money and the good life was not within his reach. Although he claims to be addicted to her, he asks her if she will stay with him without the money.

In another song that talk about loyalty to one’s lover, he features Lava Lava in a song titled Joanna. The song is a plea to a lady he is attracted to- to accept him and be with him forever. According to him, he is loyal and ready to stay in love for life with Joanna.

Working with South Eastern Nigerian Rapper Phyno, he created another love song that lament the loss of love in the relationship he found himself. From the raps of Phyno, he paints a picture of a man who got into a relationship but only to find a lady who never showed up when they were starting the relationship. To further buttress the issue, Victor claims the relationship is toxic because of the various tactics that the lady uses to try to manipulate him emotional. He finishes off by suggesting that they should breakup the relationship.

Switching up the lyrical theme of the songs, he creates a song titled: “Bless boys”. The song is a call to people who have made it big in life to remember and give back to the hood they came from. Highlighting that there are people who lie and run from giving back to their hood; he pleads with them to find a way to share the blessings they have received to the hood they came from.

Finally in a song titled “Black”; he works with Mr Eazi and they created a song that addresses the ideas that spur their lifestyle of not giving a damn about people. According to him, he has been in lots of situations where people have been trying to push him down and step on him. Outlining that in all those situations that he  stood up against them, he claims to have been tagged him not fair.