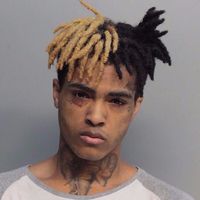 VIOLENCE; IS IT PART OF THE RAP HIPHOP CULTURE?

The Hip-hop and general music world has been on a candle light mood because of the sudden death of the up and coming artist xxxtantaction. As words keep pouring from music greats and friends. It pushes my mind back to the argument which has been on for more than three decades which is: Is violence part of the Rap culture.

A WALK THROUGH THE PAST
Rap music is a music born of the street. It was a musical way of telling the story of how the suffering and hustle in the street was. The major topics that was usually discussed include family life, small gangs and cults in the street, sickness, drugs, dirty environment, police and many more. One will want to ask how these topics are talked about. Listening to the NWA group from back in the days. They talked extensively on the use of drugs and the police being one biggest enemy of the hood. Listening to RickRoss’s port of maimi album especially the song with Akon, he painted a picture of snitches and how they die. Eminem in his own way talks about child abuse, rough family life and raising a kid. In the song Ambition by wale featuring MeekMill and RickRoss he dealt on most of this topics. Meek talked about the drug life, Rick talked about the hard life living with his mama with no money and hustling. And finally death is also talked about. I could remember that even the ever green legends, 2pac and biggie had stories of the hood and death of friends and families and violence. Now the Big question is: why violence in the Rap Hip-hop world.

Reading about great rappers from time past I would say the street affected their music just like any other person or musical great who does not do rap. The new age genre musician Enya is an example. Her music was influenced by her church denomination of which she belonged to which is catholic. This also can be related to Jay-z and any other rapper in the world. There is always a reflection of their living environment in their music.
It is sad to know that just like these artist who tend to paint the picture of the street in songs, eventually become victims. Various Sources although not valid all said that xxxtantanction was gunned down makes me feel sad because it just shows that the music (rap music) and the hate are entwined. We all know about the Biggie and 2pac story and so many others who must have died in the street of which xxxtantaction has joined the list. These serves pointers that the culture called Hip-hop rap is always going to have violence in one way or the other imbedded in it.

HOW DO WE FIX IT
One will want to ask now what should we do? Scrap rap culture/music? Not at all. The answer to this problem of violence in the rap culture is the street. Let us as humans clean up our streets and make things better. The evolution of rap music can be said to be at the stage where money and women are the topics talked about. This is so because we all thought that the fight and drive pass shooting were gone. But with death of such a young promising act, we are drown back to the virus which has been the biggest problem of not just rap but Hip-hop culture. Let the police work better in investigation before arrest, let the law stand and let the families bring up their kids better so that the message of rap and Hip-hop culture will gradually evolve to a better life void of violence, beef and hate to more of ambition, clean hustle and success. And maybe we will not have another teenager or twenty year old die again.