I cant kill myself; The New Zigma sound

By Valentine ChiamakaFebruary 9, 2019 No Comments

Many a time we have found our self in positions that we do a lot for people and don’t appreciate us. We have found ourselves fight with trying to please people and never get into their good book. This music made by Dem Mama Soldier is just the right pill for that feeling. This song has every element to become a hit in his new EP because it has all element of pure Nigeria Music in it. Timaya’s I cant kill myself is a song that will lift the soul of the listener and stir the person into a slow dance of happiness.

I have been an ardent follower of Nigeria music since I turned 6years old and I could classify this song as a New Zigma song. Zigma sound is a sound created and perfected by the Legendry Bright Chimezie. Bright is one of Nigeria’s Stars who had a very huge influence in the 90s, performing around the world. He also had the privilege of performing in the presence of great world leaders like Nelson Mandela. His music was slow tempo but always had a way to make anybody dance. He uses storytelling, slow Afropop beat and some saucer dance steps to trill his audience. Timaya and his producer did some real job copying elements of his sound and making sure his music style is not thrown into extinction.

Timaya uses this song to highlight his struggles as a performing musical artist in Nigeria. He states that he has been in the music industry for some years now and has not fall short of giving the world hit songs. He however alleges that even with his hard work and consistency; that people still see him as not doing enough. He cites Kanye West as one of the persons who suffer from same situation like him. He claims that Kanye speaks his mind and people get vexed about him. He claims that everybody wants to be the best but the truth everyone refuses to accept is that the world can do without the best. He however gives thanks to God for his life declaring that no one is like God. He also says that with so many success he has enjoyed, that there are many people who are surprised at his success.

In the second verse he goes on with his story claiming that people also alleges that he uses Voodoo and charms in his pursuit of fame. He declares that nobody is behind his wild success but Jehovah God who has got his back from day one. He claims that some haters don’t care or claps when he win therefore he does not care about the successes around their life too. He declares that he can’t kill myself to please people.

Zigma Sound is known by some basic elements such as a wood, conga, shekere, bottle sound, a hooked baseline, lead electronic guitar and Trumpets. This songs starts with a hooked percussion line which has no Kicks but a wood, hats, shekere, and snare which transition coolly with the kick. In terms of keys; there is a use of electronic keyboard sound with a blend of trumpet octave in the transition. The use of electronic lead guitar is restricted to an interlude and backup with every bar finished off with a pull of the guitar.

This beat is really easy to make because of the few numbers of patterns that are sequenced. The baseline, Octave and percussion line are just one pattern each hence making the beat production to be be done in one day. The only problem in this kind of production will be Mastering. This is because the ability to give an analog feel to a music sequenced with a digital equipment is always a hard task.

I feel a 90s club video should be made with this song. The clubs in Nigeria in the 90s were always made of life bands. There was no much DJs then so most Nigerian Musician made money singing in clubs at Night. This kind of setting will be really nice for a music with so much Bright Chimezie’s imprint because that is what he used to do back then. 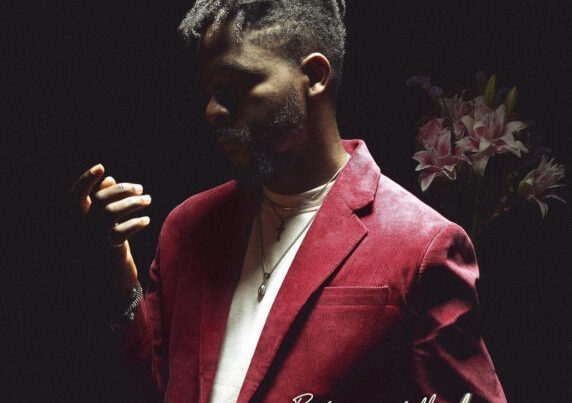