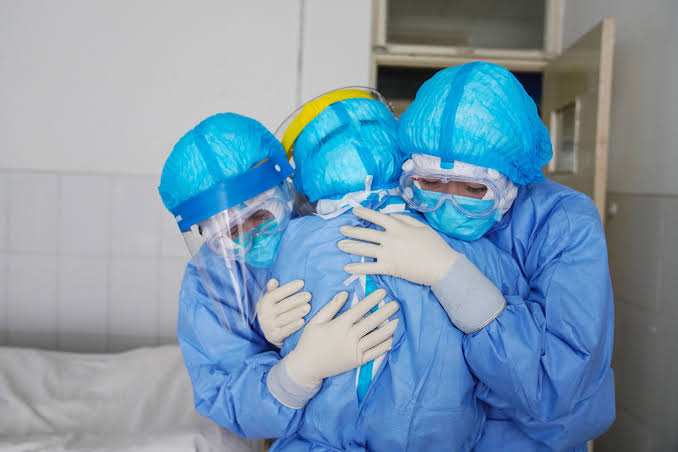 By Valentine ChiamakaMarch 30, 2020No Comments

The world is a place where religion plays a vital role in the lives of people. It controls the way we live our lives and predicts the way we live our after lives. Religion is our go to when human have nothing to go back to. It is the wildcard every human eventually plays when we don’t really know what else to do. Be you a Christian, Muslim, Buddhist or African traditionalist; religious serves as an explanation to the essence of live.

People often pay deaf ears to religious teachings and doctrines in times of happiness and calmness. But when the world is disturbed, the world tends to run back to their creator through their different religion. Some of the disturbances that reset the brains of mankind could be war, famine or plagues. As regards 2020, the disturbance is the global pandemic called Corona Virus. Killing over 200 thousand humans around the world is not a mare feet. Corona Virus has in a space of two months become a legendary ailment. As a result of this global pandemic, humans around the world have resorted to going back to their creator.

Christendom in a bid to win more souls and coverts to the church, a lot of Christian outfit are resulting to religious black mail.
One may want to ask what Religious Blackmail is: this is a process of sending fearsome messages about a sudden evil that can befall someone when he or she does not play by the rules of a particular religion. Although these facts can be true, the timing might be totally bad. In Christendom, the fear of hell is as terrible as been eaten up by an unknown sickness like Corona virus. The virus is deadly but the fear of death or after life of suffering in hell could be even more tormenting. In very recent times, people have had both nervous and emotional breakdown because of the widespread of the news of end time. People have resorted to crying and praying for forgiveness all of a sudden. A lot of people have begun to put their house in other because of these messages.

The funny but dangerous thing about religious blackmail is that it has attained a new level and height with the use of technology. In the time past when yellow fever killed many, the only people who were peddlers of these blackmails were preachers and their followers. But with the various social media platforms, ordinary people have become propagators of these information. The truth about religion is that it is a personal thing and no one should be cajoled. But with free data, people tend to make people repent of their sins through blackmail. Although these messages are true, the question that one has to ask is: “Are these repentance people claim to have in this period of Covid-19 genuine, or a repentance born out of fear of death and after life?” In as much as this question cannot be answered generally it is therefore important that every human answer’s it genuinely.

When people answer the questions of repentance through religious blackmail, there is a tendency of being caught by fear and hopelessness. And in situations like this one we have with the COVID-19, fear and hopelessness is the last thing we need as group and individual. So therefore it is important for religious leaders to spread the message of hope, faith and boldness in these situations. Because if the blackmail continues, then we will have people dying from heart attacks, cardiac arrest and suicide. The message of repentance should not be preached in the era of pandemics but when the world is at peace. Because that is the only way to get genuine followership for our various religious bodies.